Not too long ago my post office was closed. I was rerouted to the one on 18th.  I past this place first dish I saw was Mac and Cheese Croquettes.  My next Saturday off, I went for brunch with my homegirl. No croquettes on the brunch menu, pretty sure I could’ve ordered them though. They had something else that caught my eye,  deviled eggs!!  I decided to have a savory brunch instead of sweet.  I had the eggs and a crispy chicken benedict. A savory waffle, greens, chicken with an egg on top. I got egg only on one, not a fan of the runny egg.  Chicken was cooked well, nice and crispy, greens were surprisingly tasty the waffle had a touch of sweetness.  My girl had a steak burrito it was huge!! The hash browns, were yummy.  I had a tequila based drink, it was cool and light.  It was called snow cone, so appropriate.

Lunch with my peeps was great.  I ordered my croquettes, immediately.  I had wings and ginger carrots too. My date had calamari and a salmon burger.  I had a/c lemonade,  apple cucumber. He had a berry drink with apple juice in it.  They were both blended and super yummy. Mac and cheese was soo good. The crust on it was perfect, the mac and cheese was hot when you opened it. The calamari was nice and crispy.  The wings were cooked enough to have that nice crust on it. The had a nice flavor. The carrots were the baby ones, orange and yellow.  The ginger was on target,  not over powering.  His burger, whoa!  It was big, had lox and sliced avacado along with lettuce, tomato and onion.  It was marvelous. Served with fries, they were good too.

The service was great both times I went. The atmosphere is really swank and sleek.  I would absolutely go again. They have a nutella stuff french toast, gotta try that. 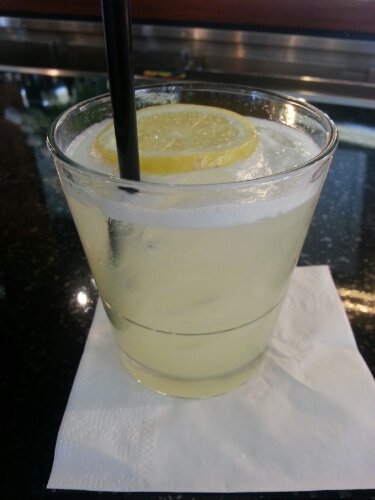 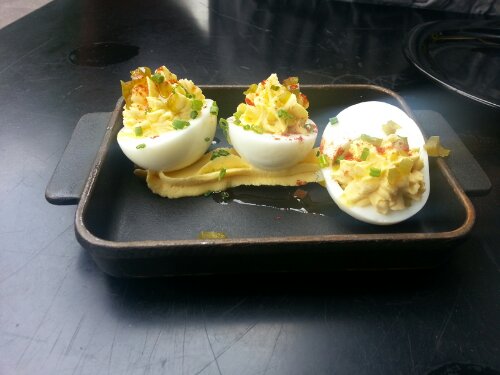 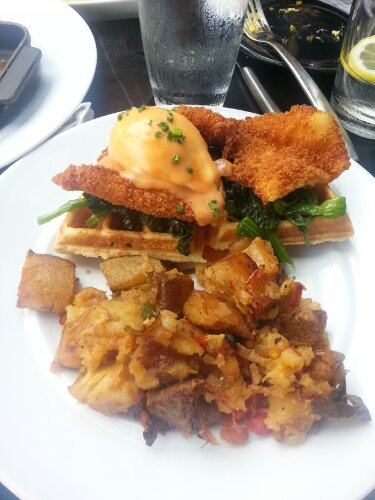 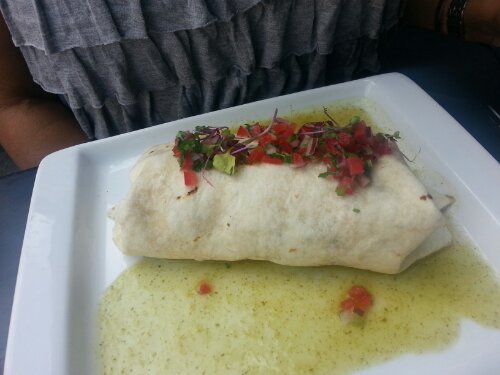 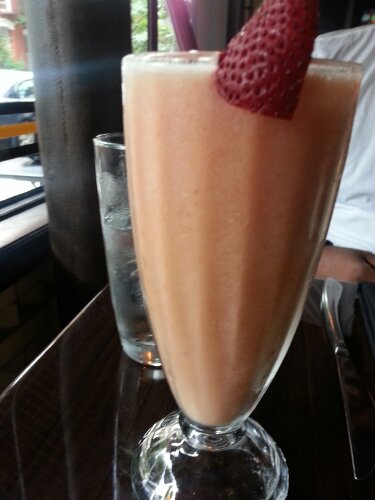 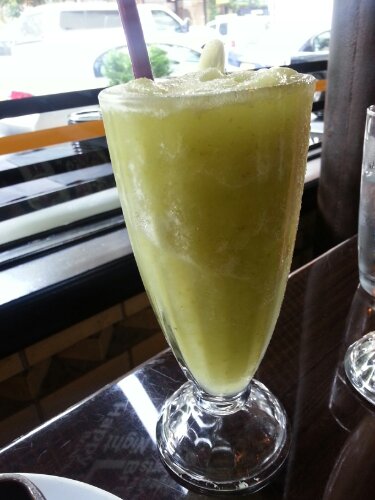 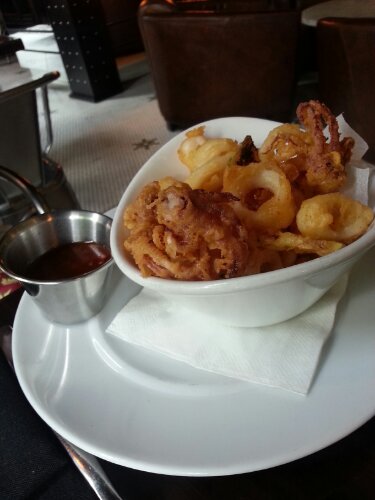 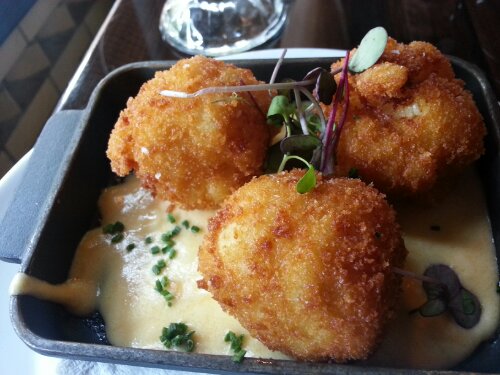 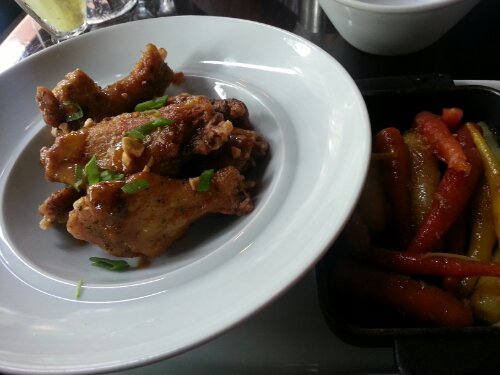 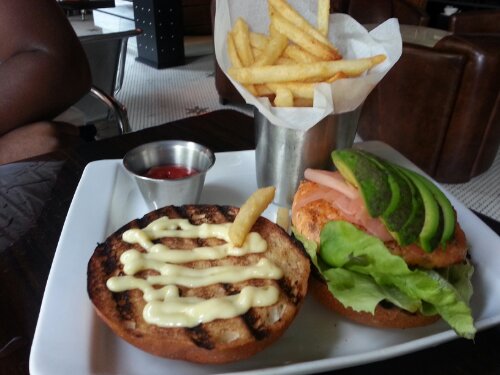