Yay, I graduated this week. Let the celebrations begin.  First stop after commencement, City Lobster and Steak. We arrived at lunchtime and were seated after a five minute wait. As a happy surprise there was a lunch pre fixe for $24.50. An appetizer and entree. We had the caesar salad and calamari as appetizers. They served hot rolls with butter or olive oil.  A lobster roll, jumbo shrimp with penne, salmon with horseradish crust, angus strip and fish and chips were the entrees. The salad was tossed with the right amount of dressing, it had shredded carrots and purple cabbage. The calamari crust was seasoned nicely. The aioli was a thai chili lime with ginger and basil, it was very tasty.  The crust on the fish was crispy and thick. The lobster roll was lots of lobster.  The steak was cooked well, the whipped potatoes were light and the spinach had a nice flavor. The sauce for the shrimp and pasta was very flavorful.  The crust on the salmon had the right amount of kick. We ordered two desserts,  Keylime pie and Chocolate Bourbon pecan pie served with vanilla ice cream. The keylime was light and airy. The pecan was just the right amount of chocolate.

I ordered a vanilla ginger martini. I loved it.

The waiter sang congratulations and brought out a spakler with my dessert. I thought was really nice. I love good service.

I have no complaints about anything. Everything was served hot and fresh. I would absolutely go back. 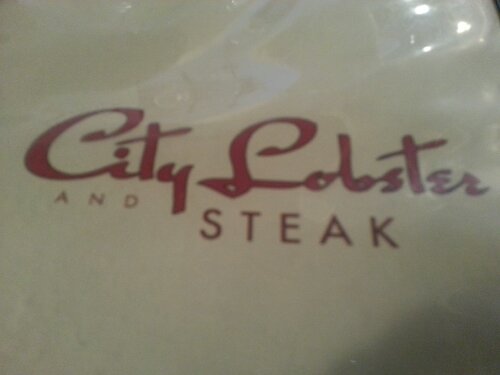 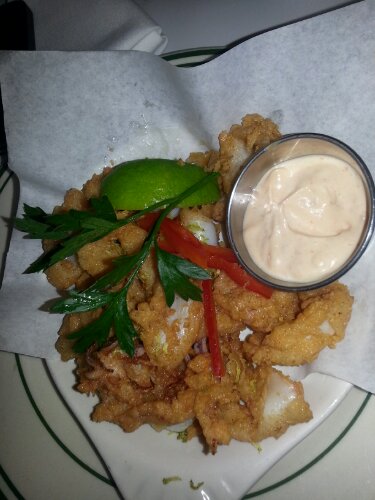 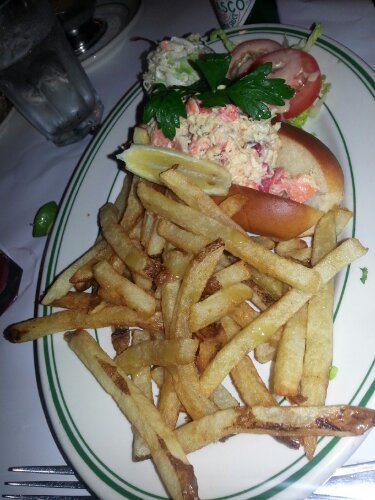 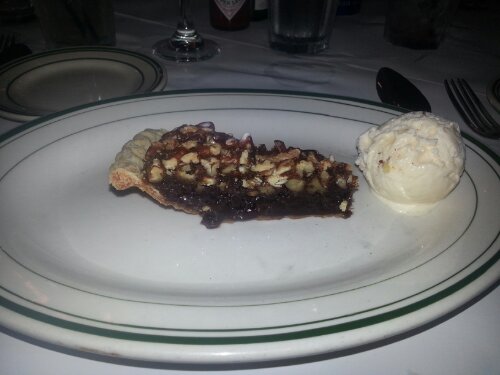